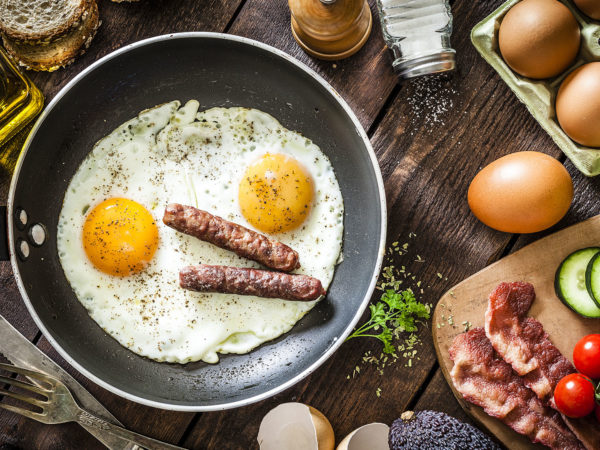 What Is The Ketogenic Diet?

The ketogenic diet has been around for almost a century as a dietary treatment strategy for drug-resistant epilepsy, particularly in children. It can also be followed for weight loss. The standard version of the diet is very low in carbohydrates and high in fat. On this strict plan, 75 percent of calories come from fat, 20 percent from protein and five percent from carbohydrates. An alternative “cyclical” version of the diet permits two days of high-carbohydrate foods following five strict ketogenic days. Still another approach allows consumption of 35 percent of calories from protein, 60 percent from fat and five percent from carbohydrates. And the “targeted” ketogenic diet allows adding in carbohydrates around workouts. Be aware that only the standard version has been well studied.

How Healthy Is The Ketogenic Diet?

Some recent research suggests that ketogenic diets may help treat a variety of health problems, in addition to epilepsy in children. In a 2013 review published in the European Journal of Clinical Nutrition, an international team cited evidence of favorable effects on risk factors for cardiovascular disease, including lowering of high cholesterol and triglyceride levels (although in some cases cholesterol goes up before it goes down). Other studies have found that a ketogenic diet can help individuals with metabolic syndrome, insulin resistance and type 2 diabetes by improving glucose control and insulin sensitivity, at least in the short term. No research has yet assessed the long-term effects of the diet on cholesterol levels or diabetes.

The 2013 review also cited “persuasive, although not yet conclusive” evidence that the diet can reduce the severity and progression of acne. Additionally, the researchers maintained that the ketogenic diet shows promise “as an aid in at least some kinds of cancer therapy” and might be useful in the treatment of polycystic ovary syndrome (PCOS), Alzheimer’s disease, Parkinson’s disease, and amyotrophic lateral sclerosis (ALS).  Again, its long-term effects haven’t been studied, perhaps because the diet is so restrictive that few people can stick with it very long.

How Popular Is It?

Celebrity endorsements from Halle Berry, Gwyneth Paltrow, Katie Couric and others have helped make the ketogenic diet very popular in recent years, as have a variety of books promoting it. Part of the appeal is faster weight loss than usually is seen with traditional low-fat diets, although initially this results from the body shedding water, not fat. The Keto diet is one of several popular diets reviewed on DrWeil.com.

According to the 13th annual food and health survey from the International Food Information Council, some three percent of Americans were following the Ketogenic diet in 2018. It was rated 39th out of 40 diets reviewed by U.S. News & World Report.

General Principles Of The Ketogenic Diet

The ketogenic diet works for epilepsy by prompting the body to release ketones, compounds produced by the liver to provide energy when blood sugar (from carbohydrates) isn’t available. It isn’t known why inducing this change, called ketosis, decreases the frequency of seizures, but it often does. Kids from one to 10 years old are most likely to respond.

It usually takes two to four days of restricting carbohydrate intake to reach ketosis, although it can take longer. Once this happens, the body begins breaking down stored fat.

What Can You Eat?

Foods allowed on the ketogenic diet include meats (including processed meats), eggs, cheese, fish, nuts and seeds, butter, oils, and a wide variety of non-starchy vegetables. You can use olive oil and avocado oil as well as canola, flaxseed and palm oils, and mayonnaise for cooking or as spreads.

How Many Calories On The Ketogenic Diet

Keeping your carbohydrate intake within the percentage range specified by the version of the ketogenic diet you choose is considered more important than calorie counting.

The ketogenic diet has been criticized for encouraging people to consume too much protein, processed foods, and poor-quality fats and not enough vegetables. It can cause fruity-smelling breath, nausea, vomiting, constipation, fatigue, and disturbed sleep. These symptoms, often referred to as the “keto flu,” usually occur within about a week of starting the diet and last a week or two. No research has determined whether it is possible to maintain long-term weight loss by eating this way.

Dr. Weil recommends the ketogenic diet for youngsters with severe seizures. He cautions that it requires a strong family commitment, since the amounts of food and liquid at each meal have to be carefully individualized, which requires a lot of weighing and measuring. If you’re considering this diet for weight loss, Dr. Weil’s notes that while you can lose some weight this way, there’s no scientific consensus on why it occurs. Some experts contend that any weight loss stems simply from consuming fewer calories, while others propose an appetite-suppressant effect of ketosis.

Is The Ketogenic Diet Worthwhile?

Can Carbs Cause Alzheimer's?

Want to promote overall health and help minimize the risk of inflammatory diseases? Join Dr. Weil on Healthy Aging, your online guide to the anti-inflammatory diet. Start your 14-day free trial now for access to shopping and eating guides, hundreds of recipes, an exclusive version of Dr. Weil’s Anti-Inflammatory Food Pyramid and more!
Get Started

A Hormone to Promote Weight Loss?